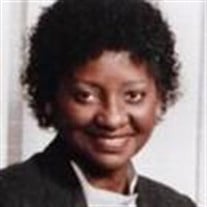 Mary Irene Gregory, 88, founded Black Nurses Association Mary Irene Gregory, a noted Toledo health care leader and registered nurse, died April 2, at her home in Portland, Or. She was 88. Mrs. Gregory was born on Feb. 1, 1930, the only child of Louise and Richard Booker, in Marion, Ind. When she was a teenager, her family moved to Toledo, where she graduated from Libbey High School in 1948. In 1951, she became the first African-American to graduate from the former St. Vincent School of Nursing. As a nurse and surgery technician instructor, Mrs. Gregory spent 40 years working at St. Vincent Hospital and Med Ctr. While there, her duties including consulting and teaching, and public health promotion. She also founded Ohio’s Black Nurses Association and was a board member of the Lucas County Health Dept. She also worked with TV station Channel 13 to roll out a mobile health unit. In 2008, Mrs. Gregory was among the first inductees of Ohio’s African American Legacy Project, which honors prominent African Americans. Outside her professional life, Mrs. Gregory enjoyed making quilts, crafts and clothes and was a member of the Sew ‘n’ Sews. She also was an active member and supporter of Ascension Lutheran Church and was a patron of the arts. She was an active member of the noted sorority Alpha Kappa Alpha. Survivors are her three children Chris and Theresa Gregory, both of Toledo, and Leslie Gregory of Portland, OR; grandchildren Auston of Toledo, James (Kandi) of Tyler, Texas; Christian of Stockholm, Sweden; and Jordan of Portland, OR; great-grandson Alan. She is predeceased by her first husband of 28 years, Raymond Gregory, as well as her second husband of 10 years, Joe Powell as well as her son, James. She is also survived by her special friend Frank Coombs. A viewing will take place from 6-9 p.m. Thursday, April 26, at Dale-Riggs Funeral Home, 572 Nebraska Ave. with AKA rites at 7 p.m. A viewing will also take place at 10 a.m. Friday, April 27, followed by a service at noon, in Warren AME Church, 915 Collingwood Blvd. Memorial contributions may be made to the American Heart Association or right2healthus.org.

The family of Mary Irene Gregory created this Life Tributes page to make it easy to share your memories.

Send flowers to the Gregory family.