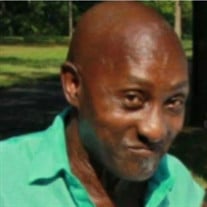 Willie Earl Chandler Sr. departed this life June 16, 2020 peacefully with his loving family surrounding him. Willie was born August 9, 1946 in Bells, TN to Walter and Mary Chandler. He graduated from Central High School then went on to working as a self-taught electrician. Willie was a jack of all trades if there was anything that needed to be fixed, he was the man for the job. He spent many years working passionately at the side of his nephew the late Walter James Chandler at the family business Chandler Electrician. Willie was a laid back man but anytime and anywhere there tunes playing, you’d catch him busting a move. Dancing was one thing you could not tell him he couldn’t do. Willie loved music especially the Blues, getting on the grill and boy could he get down on the grill, fishing, horse shoeing and hanging with his partners especially Robert Buford, Western movies and cowboy boots were a part of his favorites. Willie was a fighter in 2017 he beat Cancer and every moment following he devoted himself to being a part of his children’s and grandchildren’s life. 2017 was the year that Willie changed his life and would brag about the joy he gain from spending holidays with his children and grandchildren, that same year he also found joy in the experience of watching his granddaughter (D’Shana) walk across the stage after graduating Nursing School. Willie was preceded in death by his granddaughter Destyni Chandler, father and mother Walter and Mary Chandler and 11 siblings. He leaves to cherish 4 children of Toledo, OH, Beverly Chandler, Mary Chandler, Willie Chandler Jr, Eradocie Kindle, 4 Grandchildren , Martez Anderson, D’Shana Chandler, Lemark Foster, Brazai Kyles and 2 Great Grandchildren Genai Kizer and Adrianne Anderson, 3 Siblings, Lou Alice McClain, Charles Chandler Sr. and Nina Johnson. The family likes to give a special thanks to Joseph Collazo for caring for Willie since 2017. The family sends love to all.

Willie Earl Chandler Sr. departed this life June 16, 2020 peacefully with his loving family surrounding him. Willie was born August 9, 1946 in Bells, TN to Walter and Mary Chandler. He graduated from Central High School then went on to working... View Obituary & Service Information

The family of Willie Earl Chandler created this Life Tributes page to make it easy to share your memories.

Send flowers to the Chandler family.