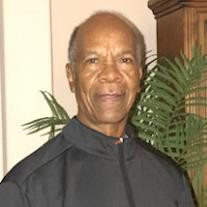 Warren Kirk Badgett was born in Swanton, Ohio on August 10, 1941 to Howard Badgett and Arnell (Redman) Badgett. He was the fourth of 10 siblings. He attended and graduated from Swanton High School in 1959 before enrolling at Central State University in Wilberforce, Ohio where he pledged Delta XI Chapter of Alpha Phi Alpha Fraternity, Inc. After receiving his Bachelor of Science degree from Central State University in 1963, Kirk, as he was generally known, made two consequential decisions affecting the course of his life: he married his longtime sweetheart, Theotress Garner on September 25, 1963, before he volunteered for the U.S. Army on October 31, 1963. He completed his military obligation, which included a term of service at Fort Polk in Louisiana and received an honorable discharge on October 20, 1965. Upon his return from the Armed Services, Kirk returned to Toledo where he and his bride, Thea, as she was affectionately known, settled down and began their family. To their union were born 2 children: Dwayne K. Badgett MD of Melbourne, Florida, and Tiruayer Battle of Woodbury Heights, New Jersey. Upon his return to Toledo, Kirk began a near two-decade career with the Sun Oil Company, where he worked in the Office of Personnel Services. During this period, he also continued his formal education by completing his MBA at The University of Toledo. For many years, he and Theotress operated Sunrise Day Nursery at Secor and Dorr, until the property was appropriated through expansion by The University of Toledo. Kirk would continue his business interests as a property landlord and offering a variety of handyman services to his clients throughout the Toledo area. After leaving his position with Sun Oil Refinery, Kirk was employed with Chrysler/Jeep Toledo until his retirement. Kirk was known for his kindness, gentle demeanor, thoughtfulness and devoted service. A deeply spiritual man, Kirk first accepted Christ and was baptized into the St. Paul Baptist Church, where he was a faithful and dedicated member. During his tenure at St. Paul he provided active leadership as a member of the Senior Usher Board and served in other ministries of the church as requested. Kirk continues his faithful Christian witness as a devoted member of Cornerstone Church of Toledo, where he has used his time and talents in several ministries of the Church. For those who knew Kirk well, they know that his faith and his commitment to Cornerstone was very important to him, as he could often be heard encouraging friends and family members to join him at their services. In addition to his church activities, Kirk enjoyed golf, fishing, playing cards, jigsaw puzzles and spending time reminiscing with friends and associates he had known all of his life. Kirk was a faithful son, a devoted brother and uncle, a committed husband and a loving father and grandfather. He leaves to mourn and remember his passing a host of relatives and friends, including his 2 children: Dr. Dwayne K. Badgett (Joanne) of Melbourne, Florida and Tiruayer Battle (Ronald Jr.) of New Jersey. Four grandchildren, Cheyenne Badgett and Aidan Badgett of Melbourne, Florida, and Ronald Battle, III and Teagan Battle of Woodbury Heights, New Jersey. He is also survived by seven of his siblings: Howard Badgett, Frank Badgett, Peggy Badgett, Jimmy Badgett, Bonnie Badgett, Jackie Smith and Linda Badgett-Parkinson. Two sisters, Rochelle Bradley and Rhoda Burges, like his parents, preceded him in death.

Warren Kirk Badgett was born in Swanton, Ohio on August 10, 1941 to Howard Badgett and Arnell (Redman) Badgett. He was the fourth of 10 siblings. He attended and graduated from Swanton High School in 1959 before enrolling at Central State... View Obituary & Service Information

The family of Warren K. Badgett created this Life Tributes page to make it easy to share your memories.

Send flowers to the Badgett family.