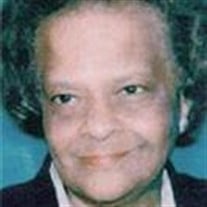 Shirley Jean Vartice Walker of Ottawa Hills, a retired Toledo educator who was a community volunteer and literary muse, died Sunday in Lakes of Sylvania. She was 90. She had Alzheimer's disease, her son, Eric Walker, said. Mrs. Walker retired from Toledo Public Schools in 1987 after 38 years of teaching, first at Gunckel Elementary School for 15 years and then at Washington Elementary School, from which she retired. She taught kindergarten at Gunckel Elementary and then the first, second, and third grades at Washington Elementary, where she was a reading specialist. She later was a supervisor of student teachers at the University of Toledo from 1988 until 1995, when she retired permanently. In retirement, Mrs. Walker volunteered to teach TPS elementary school students how to read, both at various schools during the day and then in the evening, when they visited her in her Ottawa Hills home. She did it until she became ill about 10 years ago. "She enjoyed helping children to learn to read and even more so to help open their minds to learning," her son said. "She was so dedicated that when she became less active she opened up her home so that parents could bring their children there to help them learn." Mrs. Walker was a character inspiration for fiction books by Mildred Taylor, including Let the Circle Be Unbroken; Roll of Thunder, Hear My Cry; and The Gold Cadillac, according to her son. He said his mother was Ms. Taylor's teacher at Gunckel Elementary in the late 40s. Mrs. Walker was born April 26, 1927, in Toledo to Nellie and Larnell Vartice. In 1944, she graduated from Libbey High School. She graduated from the University of Toledo, first with a bachelor's degree in education in 1948 and then with a master's degree in education about 1970. Mrs. Walker married Clarence J. Walker, Jr., in 1952. He died in 2013. They raised one child. Mrs. Walker was a longtime member of All Saints Episcopal Church, Toledo. Her other memberships included Delta Sigma Theta Sorority, the NAACP, and the Ohio Retired Teachers Association. She was a charter member of the Coterie social club in Toledo and of the Charms Inc. social club nationally. In her free time, Mrs. Walker enjoyed playing bridge. Surviving are her son, Eric J. Walker, and sister, Carol J. Steele. Visitation will be from 4 to 7 p.m. Wednesday at the Dale-Riggs Funeral Home Chapel. Funeral services will be at 11 a.m. Thursday at the chapel, where the body will be after 10 a.m. The family suggested tributes to the Committee for Children or a charity of the donor's choice. This is a news story by Mike Sigov. Contact him at [email protected] or 419-724-6089.

Shirley Jean Vartice Walker of Ottawa Hills, a retired Toledo educator who was a community volunteer and literary muse, died Sunday in Lakes of Sylvania. She was 90. She had Alzheimer's disease, her son, Eric Walker, said. Mrs. Walker retired... View Obituary & Service Information

The family of Shirley Jean Vartice Walker created this Life Tributes page to make it easy to share your memories.

Send flowers to the Walker family.