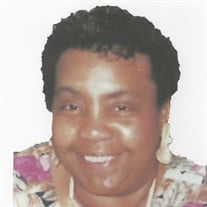 Oralee Moore Walters was born in Fordyce, Arkansas on May 21, 1932 and departed this life on December 30, 2014. Oralee moved with her parents, Vera and Samuel Moore, to Toledo, Ohio when she was still a child and was educated in the Toledo Public School system. Oralee’s drive and passion for education, community, and her family was revealed at an early age. Before choosing education as her career, Oralee considered nursing. She moved her studies from Scott High to Harriett Whitney Vocational High School to take courses that would better suit her in nursing. While there, Oralee volunteered as a candy striper, the first of a lifelong commitment to community service. College life found Oralee pledging with the local Alpha Kappa Alpha Sorority, as a reflection to her growing interest in public service and community commitment. After attending Arkansas A&M College briefly, she transferred to the now defunct Mary Manse Women’s College, where she graduated with a Master’s Degree in Education. Oralee served as a middle school teacher and later as a counselor for 31 years in the Cleveland, Ohio Public School system before retiring. To Oralee, however, retirement was just a figure of speech as she returned to work the very next day as a volunteer elementary school children. A natural-born storyteller, Oralee put in as many as 1,000 recorded hours every year working for the Beginning Alcohol and Addition Basic Education Studies (BABES) program, as a volunteer through the Cleveland Area Agency on Aging’s Retired Senior Volunteer Program (RSVP). The program is designed to help volunteers reach out to children through play-acting and puppets, in order to teach them to respect themselves and others from addictive substances and harmful behaviors. While Oralee also trained other volunteers, it was with the children that she shined. “The kids are mesmerized by her”, said Peg McCarthy, then director of RSVP. Her passion for nurturing didn’t stop in the community, however. Moving back to Toledo with her mother, the late Vera Smith, she helped raise her great niece and great nephew, Kelli and Brice Moore, and went on to help educate the younger members of her family about their heritage through annual family reunions. “They need to know about their people—the Galloways, the Webbs, and the Dixons”, Oralee was often heard to say when speaking of the younger members of the family. She would relate stories about her family heritage often and refused to accept anyone’s excuse for failing to attend reunions and family gatherings. Although Oralee’s marriages, first to Robert Perry and then to Leroy Walters produced no children, the love she showered on her nieces, nephews and students showed no bounds. Mourning her loss and celebrating the rich legacy that she left are her brothers, John C. and Robert Moore; nieces, Debrorah Moore and Audrey Madyun; nephews, Howard Moore, Bruce Sims, and Kevin Moore; a special great niece Kelli Moore and a special great nephew Brice Moore; as well as a host of other nieces, nephews, cousins, family and friends. The wake will be held on Thursday, January 8, 2015 from 5-8 p.m. at Dale-Riggs Funeral Home 572 Nebraska Avenue, Toledo, Ohio. Services will be held at the Dale-Riggs Funeral Chapel on Friday, January 9, 2015 starting with a family hour from at 11 a.m. followed by the funeral at noon. Rev. Ruby Radford will be the officiant. Interment will be at Forest Cemetery.

Oralee Moore Walters was born in Fordyce, Arkansas on May 21, 1932 and departed this life on December 30, 2014. Oralee moved with her parents, Vera and Samuel Moore, to Toledo, Ohio when she was still a child and was educated in the Toledo... View Obituary & Service Information

The family of Oralee Moore Perry Walters created this Life Tributes page to make it easy to share your memories.

Oralee Moore Walters was born in Fordyce, Arkansas on May 21,...

Send flowers to the Walters family.