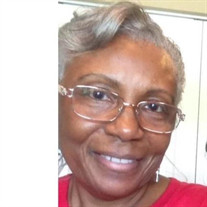 Kathryn L. Kelley (formerly Garner) was born June 13, 1950 to Tom and Ovella Kelley in Toledo, OH and passed away January 19, 2022 in Mt. Juliet, TN. Kathy as she was affectionately known, was educated by Toledo Public Schools, graduating from Jesup W. Scott High School in 1968. She obtained her Bachelor’s Degree in Education in 1991 from The Univ. of Toledo and started teaching for the Washington Local Schools. Kathy relocated to Columbus, OH where she earned her Master’s Degree in Special Ed. from The Ohio State University while working for the Gahanna City Schools. Kathy was also a devoted Christian woman, who began her walk with Christ in the early 1950's. Just shortly after she found Christ she became a member of Calvary Baptist Church, where she was baptized. As she continued to grow in her faith she became a founding member of New Horizons United Methodist Ministries of Toledo Ohio, and upon moving to Columbus, Ohio , she joined Centenary United Methodist Church, where she became an ordained minister, and was very influential in the childrens department at that church. Kathy was involved in several organizations such as Jack and Jill of America, Coterie, Inc., Phi Delta Kappa, Inc., and also spearheaded several communities initiatives in both Toledo and Columbus, such as food pantries, drives, and donations. She also spent lots of time tutoring her students outside of the classroom, helping to further their understanding of the daily concepts she taught. After retirement, Kathy moved to Nashville, TN to be with her son J. Christopher, and also spent time with her daughter Nicki in Bradenton, FL. Kathy was preceded in death by her father Tom Kelley and special aunts and uncles. She is survived by her mother Ovella Kelley, of Toledo, OH, daughter Nicolette Garner, Bradenton, FL, son J. Christopher (Limaris) Garner, grandchildren Jonathon C. Garner II and Nailah Garner all of Nashville, TN, brother Gene (Mary) Kelley of Toledo, OH and former husband Gerald J. Garner of Newman, GA, uncle James Kelley of Chicago, IL and a host of nieces and nephews, special cousins and friends. In Lieu of Flowers please make donations to The Dementia Society of America in Honor of Kathryn L. Kelley

Kathryn L. Kelley (formerly Garner) was born June 13, 1950 to Tom and Ovella Kelley in Toledo, OH and passed away January 19, 2022 in Mt. Juliet, TN. Kathy as she was affectionately known, was educated by Toledo Public Schools, graduating from... View Obituary & Service Information

The family of Kathryn L. Kelley created this Life Tributes page to make it easy to share your memories.

Send flowers to the Kelley family.