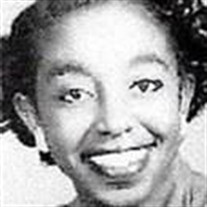 Katherine Louise Ray, a longtime Toledo teacher and active community member, died Wednesday at the Kingston Residence of Sylvania. She was 97. The cause of death is not yet known, her daughter Jeannette Phillips said Sunday. "She had a sense of humor, but she was also stern," Mrs. Phillips said. "She was mighty that way, but she could laugh with the best of them." Mrs. Ray was born on August 3, 1920, in Batesburg, S. C., in her mother Annie Lou Ramey's family home. She rarely missed school, and after graduating high school, she attended the Haines Institute, now known as Paine College, in Augusta, Ga., for two years before World War II opened up the chance for her to start a teaching career back in South Carolina. She taught in several small South Carolina towns with an emergency teaching certificate, made available only because the war had taken so many American men out of the classrooms. "She was able to get a teaching position because there were too many vacancies," Mrs. Phillips said. "It was tough to get good teachers, especially in the African-American community." After the war, she met J.C. Ray, who moved to Toledo for work. In 1948, Mrs. Ray and her daughter, then about 8 years old, followed him north, and the Rays married that year. Moving to Toledo halted her teaching career, at least until she could complete a bachelor's degree in Toledo. It took her more than five years of part-time studies and full-time work at the University of Toledo to get a degree, which she completed in 1959. "She had to quit her job to do student teaching," though she was determined to get back into the classroom, Mrs. Phillips said. "She was very firm in that." She was assigned to various elementary school grades, teaching at Lincoln, Franklin, and Elmhurst Elementary Schools throughout her 30-year career. She also obtained a master's degree in special education from Eastern Michigan University, where she developed a particular interest in teaching blind and visually impaired students. "She always felt good when that light bulb went off in their heads," Mrs. Phillips said. She was an active member of the League of Women Voters and the American Association of University Women. In the AAUW, she played the role of Barbara Jordan during women's history month presentations to schools and other women's groups. "She liked the fact that women were getting involved," Mrs. Phillips said. "We made a lot of progress." After spending most of her life in West Toledo, she moved for the last seven years of her life to the Kingston Residence in Sylvania, where she became heavily involved in the games and activities offered there. Surviving are her daughter, Jeannette Phillips, and two granddaughters. Her husband, J.C. Ray, preceded her in death. Visitation will be Monday from 4 to 7 p.m. at the Dale-Riggs Funeral Home. A wake service will begin Tuesday at 10 a.m., with the funeral service to follow at 11 a.m. at All Saints Episcopal Church, where she had been a member since 1954. The family suggests tributes to the Ohio Living Founda

Katherine Louise Ray, a longtime Toledo teacher and active community member, died Wednesday at the Kingston Residence of Sylvania. She was 97. The cause of death is not yet known, her daughter Jeannette Phillips said Sunday. "She had a sense... View Obituary & Service Information

The family of Katherine Ray created this Life Tributes page to make it easy to share your memories.

Send flowers to the Ray family.