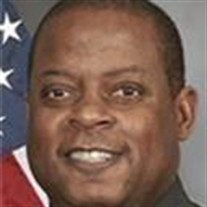 Jeffrey L. Scott, a former business owner and political candidate who as a Toledo police officer the last 23 years won praise as an accident investigator, died April 20 in University of Toledo Medical Center, the former Medical College of Ohio hospital. He was 58. He suffered a stroke in February, after which doctors discovered he had cancer, sister Jennifer Scott said. Officer Scott was appointed to the police department in October, 1994. He was sworn in and started the field training program in March, 1995. Investigating serious crashes became his specialty in 1997. "He was one of our top traffic investigators," said Dan Wagner, president of the Toledo Police Patrolman's Association. "He was thorough in what he did, and appreciated, because when someone loses a life in an accident, reconstructing that is not an easy task, but Jeff made it look simple. You got to like numbers and pay attention to detail, and Jeff was great at those." Anita Madison, a retired Toledo police sergeant and a police academy classmate, said: "He was a natural. He was a master at that kind of work." In addition, Officer Scott was a critical incident negotiator, which put him in contact with barricaded persons and those threatening suicide in public places. "That was the caring side of Jeff," Ms. Madison said. "He was very concerned about people and their well being." He mostly worked midnights, and shift after shift, "Jeff was a stickler for enforcing the law. He was a matter-of-fact kind of guy," Ms. Madison said. His sister said: "He liked rules and regulation and law and order." On Feb. 4, 2002, Officer Scott was on his way to a police district station about 2:25 a.m. when he saw a fire in the 600 block of Palmwood Avenue. He knocked on doors to awaken residents and get them out. In all, he helped 10 people, according to a recognition from the Safety Council of Northwest Ohio during its annual hero awards dinner in April, 2003. Officer Scott studied accident reconstruction at the University of North Florida and took criminal justice courses at Owens Community College, according to his LinkedIn profile. He was a member of the African-American Police League. A pilot who in his 20s built an experimental aircraft, Officer Scott served in the Ohio Wing of the Civil Air Patrol, which is the auxiliary of the U.S. Air Force. He was a member of the Blue Horizons Flying Club and the Aircraft Owners and Pilots Association. He was born Dec. 4, 1959, in Toledo to Florashine and Mylous Scott. He was a 1977 graduate of Rogers High School, where he played football and was a marksman on the rifle team. He studied electrical engineering at UT, where he was in the ROTC and a member of the Pershing Rifles drill team. He moved to Detroit in 1986 and worked for a chemical company. When his employer merged with another company, he started his own business to distribute cleaning supplies to his former customers. He returned to his hometown and ran as an independent in 1993 for Toledo City Council, the first under charter changes that called for half of council to represent districts. Mr. Scott, seeking the District 1 seat, called for small business incubators across the city; police walking beats in high-crime areas; midnight basketball leagues for adults, and a boot camp for repeat juvenile offenders. In 1994, Mr. Scott ran unsuccessfully in the Democratic primary for a state Senate seat. He did not hesitate to share his political experience with his police academy classmates later that year, earning him the nickname, "the senator," Ms. Madison said. He became a Green Bay Packers fan when they won the first Super Bowl; he had turned 7 the month before. He later became a team shareholder. He also traveled the world, returning in November from visits to Japan and Korea. Surviving are his sisters, Jennifer Scott and Karen Beckett. Visitation will be from 3-6 p.m. Sunday at Dale-Riggs Funeral Home Chapel. Funeral services will be at 11 a.m. in the City of Zion, Mount Zion Church, where he was a member, with a wake service at 10 a.m.

The family of Jeffrey L Scott created this Life Tributes page to make it easy to share your memories.

Send flowers to the Scott family.