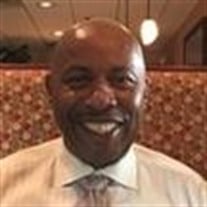 Edward Dotson, age 70 of Toledo, Ohio, passed away on Tuesday November 26, 2019. Edward was born on October 10, 1949 in Toledo, Ohio, to the union of D C and Maggie (Virginia Pettaway) Dotson. He was a graduate of Libbey High School and went... View Obituary & Service Information

The family of Edward Dotson created this Life Tributes page to make it easy to share your memories.

Edward Dotson, age 70 of Toledo, Ohio, passed away on Tuesday...

Send flowers to the Dotson family.