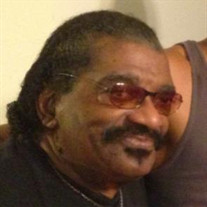 Curtis Lavelle Houston Sr. of Toledo, Ohio passed away unexpectedly on April 12, 2020. Curtis was born on September 13, 1941 in Preston, Mississippi to the union of mother Sarah Haynes and father Sam Houston. Curtis was employed factory jobs Gerity Shultz and Shannon Manufacturing after retiring he spent his time serving the community driving his ice cream truck. Curtis was a devoted husband, a loving and caring father and had a great love for his grandchildren and great grandchildren. He made sure that they were okay, and whatever they needed he made it his business they got it. Curtis had a special bond with his oldest grandson Eric, they would call each other every day during basketball season and talk about the games that were on that night. He loved talking on the phone and checking on his family in town and out of town on a regular basis, he loved playing pool and was very good at it and he loved to play the lottery on a regular basis as well. Curtis was preceded in death by both parents, mother Sara Haynes and father Sam Houston, son Curtis Houston, sister Shonda Cash Houston, great grandson Justin McKinney, and 2 special auntie's Sophia Inez Goodwin of Toledo, Ohio and Ruby Windom of Omaha, Nebraska. Curtis is survived by his loving and caring wife Betty Houston, daughters Yvette Houston (nee) McKinney of Toledo, Ohio, Darlene Houston of Norfolk, Virginia, sons Curtis Houston Houston Jr. and James Houston both of Toledo, Ohio, sister Mamie (George) Mack of West Memphis, Arkansas special grandsons Eric (Theresa) Houston of Atlanta, Georgia, Lee McKinney III, Curtis Houston III, Juan Houston, Easi and Marty Schley all of Toledo, Ohio, and James (Sharonda) Houston II of Hinesville, Georgia, special granddaughters Sierra McKinney, Jessica Houston, Kiara Houston, Kiesha (Tee) Houston Hague, Breanna Houston, Ahriana Houston, and a special and loving cousin Sophie Houston of Toledo, Ohio and 11 great grandchildren and many other family members and friends.

Send flowers to the Houston family.