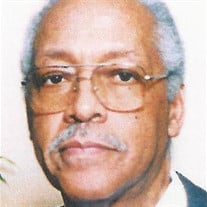 Dr. Charles E. Rowan, who practiced internal medicine for decades while serving on hospital and health foundation boards, died Aug. 4 in the Laurels of Toledo. He was 83. He'd been in declining health after heart surgery and a fall, said his wife, Odessa. Dr. Rowan kept an active medical license through March, 2014, closing his career at Neighborhood Health Association and its Cordelia Martin Health Center. He'd retired from private practice several years earlier. "He enjoyed what he was doing, and he thought he was making a difference," his wife said. "He was helping, and that was important to him, more so than the financial part of it." Dr. Rowan had relatives in Toledo in the 1960s when, encouraged by others in the medical community, he decided to open a practice in the city, his wife said. Army service intervened, and he became a captain and was based at Fifth Army headquarters, then in Chicago. His first Toledo office was on Collingwood Boulevard, and he later had practices on Madison Avenue near the former Mercy Hospital, on West Bancroft Street, and on Oak Alley Court. "Everybody loved him," said Dr. Charles Harrison, retired from his practice of internal medicine, who met Dr. Rowan in July, 1966. "I moved here from Virginia, and I was going into medical practice and wanted to meet all the black physicians in the Toledo area. He was very efficient and knowledgeable. He was well trained." Dr. Rowan had a special concern for overweight patients, his wife said, and guided them to sensible eating and exercise. He'd been medical director of the Toledo Health and Retiree Center. He served on the boards of trustees of what is now Mercy Health St. Vincent Medical Center and of the Sisters of Mercy Northern Health Foundation. He'd been active in the local affiliate of Frontiers International Inc., an African-American service group, and supported Toledo-based Building Tomorrow's Generation. He was a member of Sigma Pi Phi Fraternity and its local chapter, Alpha Phi Boule. He was a eucharistic minister at Gesu Church, where he was a member for more than 40 years. Born April 30, 1933, to Nettie and Everett Rowan in Connersville, Ind., Dr. Rowan played basketball in high school and at Franklin College in Franklin, Ind., from which he received a bachelor's degree. He was a graduate of the medical school at Indiana University. In 1969, Dr. Rowan was a panelist in a local discussion series, "Black on White - Black Catholics Talk to their White Brothers." He said that he'd been the only black in his high school graduating class and that life at medical school was pleasant, but he couldn't join a medical fraternity or get an internship at a private hospital. His internship was at District of Columbia General Hospital and his residency at the V.A. Hospital of Fort Howard, Md. He'd considered a residency in Baltimore, but found few black physicians on hospital staffs. Arriving in Toledo, "I thought this was heaven," he said in 1969. Black physicians were on the staffs of every hospital in town. Surviving are his wife, Odessa Rowan, whom he married Jan. 4, 1958; sons, Michael, Brian, and Charles G. Rowan; daughter, Charelle Rowan-Dotson, and 11 grandchildren. The family will receive callers from 3-6 p.m. Sunday at Dale-Riggs Funeral Home. Services will begin at 11 a.m. Monday in Gesu Church. The family suggests tributes to the United Negro College Fund or Big Brothers/?Big Sisters.

Dr. Charles E. Rowan, who practiced internal medicine for decades while serving on hospital and health foundation boards, died Aug. 4 in the Laurels of Toledo. He was 83. He'd been in declining health after heart surgery and a fall, said his... View Obituary & Service Information

The family of Charles E Rowan MD created this Life Tributes page to make it easy to share your memories.

Send flowers to the Rowan family.