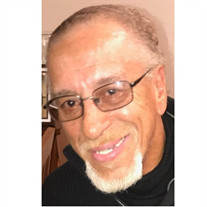 Charles James (Jimmy Red) Houston, was born January 22, 1946, in Toledo, OH to Eugene Sylvester Houston Sr. and Marie Shirley Houston. Jimmy graduated from Waite High School in 1965 where he was an avid football player. Soon after, he was drafted into the United States Army and served his country by fighting in the Vietnam War. After coming home from war, Jimmy became affectionately known by many East Side kids as “Coach Red, for East Toledo Jr. Football League. But the most important role he played, was Dad to his two beautiful children Marc Crandall Loving and Angela Houston Smith. As a beloved active citizen of Toledo, Jimmy never met a stranger and had a personality out of this world. He had a heart of gold and would literally give a stranger the coat off his back. He took pride in overseeing The Assistance to the Elderly Program by volunteering for East Toledo Community Organization (ETCO). He had a love for horses and was very successful as a trainer. He worked at Libbey Owns Ford, BP Refinery. Later he joined his nephews and brother-in-law at Ellis and Son’s Land-scaping. He accepted Jesus Christ as his savior as a young boy and was raised in Macedonia Baptist church. Later became a member of First Church of God, led by Bishop Robert A. Culp. Jimmy ascended to Heaven on June 2, 2020, and is preceded in death by both his parents, Marie and Gene, and older brother Eugene Jr. He leaves to cherish his memory: son Crandall (Angela) Loving of Toledo, daughter Angela Houston Smith of Atlanta, special friend of 20 years Linda Mae Sherman, 6 grandchildren, Anthony, Sloane, Samone, Marc, Malinda and Jamar, sisters Shirley Ellis, Judi Ellis (Oscar) and Cynthia White, many special nieces and nephews, and a host of relatives and friends.

Charles James (Jimmy Red) Houston, was born January 22, 1946, in Toledo, OH to Eugene Sylvester Houston Sr. and Marie Shirley Houston. Jimmy graduated from Waite High School in 1965 where he was an avid football player. Soon after, he was drafted... View Obituary & Service Information

The family of Charles "Red" Houston created this Life Tributes page to make it easy to share your memories.

Send flowers to the Houston family.