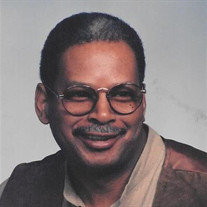 Bernard "Duke" Suttler was born July 5, 1945 to Delores Gallaway and Willie Roy Harris. Duke transitioned from this life on Tuesday, September 25, 2018 at The Toledo Hospital. He was preceded in death by his parents; grandparents, Mr. and Mrs.... View Obituary & Service Information

The family of Bernard "Duke" Suttler created this Life Tributes page to make it easy to share your memories.

Send flowers to the Suttler family.